The Code Breaker by Walter Isaacson 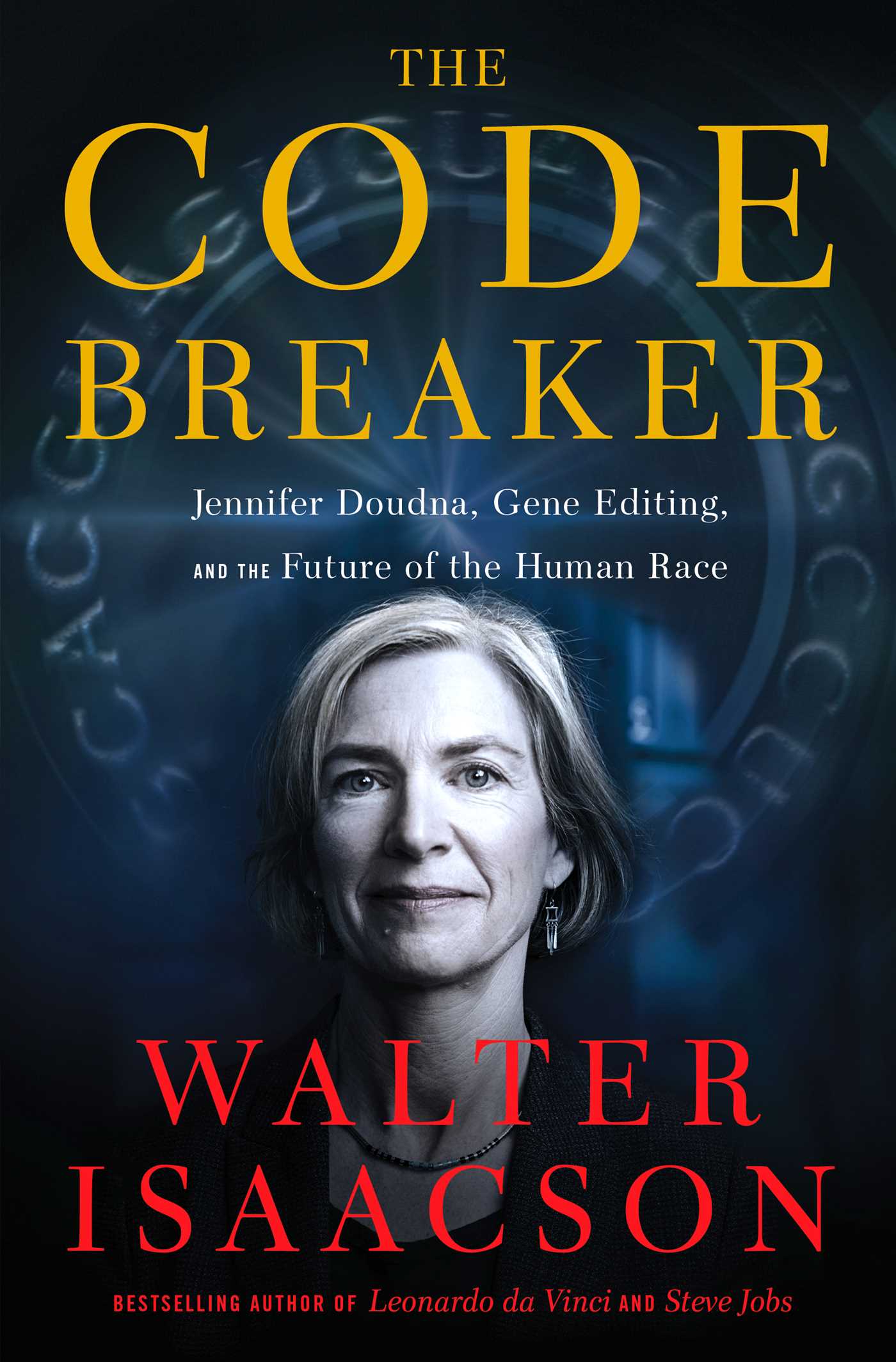 This is a wonderful book by one of my favorite authors. Walter Isaacson is probably best known for his 2011 biography of Steve Jobs. His other famous biographies are of Leonardo da Vinci, Albert Einstein, Henry Kissinger and Ben Franklin. Most of us have heard of the subject of these biographies many, many years before hearing of the author. In this book, Isaacson writes about Jennifer Doudna who won the 2020 Nobel Prize for Chemistry along with Emmanuelle Charpentier. Few outside the scientific community had heard of either scientist - they are hardly the household names that Da Vinci, Einstein, or Jobs are. This book is a timely and welcome biography of a woman and a scientist.

In this book, Isaacson combines what would otherwise have been a linear biography of Doudna’s life with a deep dive into the history of gene editing from the very first efforts of Gregor Mendel through to the latest developments in CRISPR (and the whole thorn of ethical issues it brings with it). In that sense this books is more like his 2014 book, The Innovators and serves as an introduction not just to Doudna but to the broader field in general.

The ‘code’ in the title refers not to computer code but to genetic code, the A,T,G, and C base nucleotides in DNA that are the alphabet with which every genetic story is written. Isaacson traces Doudna’s life from growing up in Hawaii with a father who encouraged his daughter’s scientific instincts. It is her father who leaves a copy of the book The Double Helix written by James Watson (Watson and Francis Crick won the 1962 Nobel Prize for discovering the molecular structure of DNA) that piques her interest as a 6th grader into a field that eventually becomes her life’s calling. The great thing about Doudna (in addition to being a brilliant scientist) is her drive and competitiveness in trying to get the scoop on discoveries and in getting published first in a field that continues to be dominated by men. On more than one occasion, she goes that extra mile and gets the credit she and her team rightfully deserve. This is in contrast to Charpentier who seems much less eager to ensure that she gets the credit and recognition for her own work.

The book starts with the very early stages of the COVID-19 pandemic driving the world into lockdowns and describes how Doudna rallies her lab to begin the effort to try and use their scientific discoveries to date in finding a cure for the disease. Isaacson gets into both a great amount of detail on the science: DNA, RNA, mRNA on the one hand but also on the institutions and people involved: UC Berkeley, MIT, Harvard, the Broad Institute - and Doudna and Charpentier of course, but also other researchers such as George Church, Feng Zhang, Eric Lander, Josiah Zayner, and also James Watson (who is still alive some 60 years after winning the Nobel though his regressive views on race, genetics and intelligence have made him a sideline player at best).

Isaacson does a great job of bring the historical perspective on how the field of genetics and gene editing has progressed and how an ascendent China with its increasing economic and scientific prowess is making huge strides in genetics even as the country and scientists try to figure out where the guardrails are. The code ‘breaker’ refers to the CRISPR technique where surgical edits or breaks can be made to DNA that can impact not just the person themself but also all of their descendants in the future - a germ line edit as it is called. It is in China that the world’s first CRISPR babies are born. In 2018, He Jiankui, a Chinese biophysicist used CRISPR and edited the genes of twins - Lulu and Nana - to give them genetic resistance to HIV. However, he did so with no oversight or peer review which set off a huge maelstrom in scientific circles around the world.

Overall this is a fantastic book. Isaacson takes what might be a dull (but simultaneously scary) topic and brings it to life with solid research and brings many characters to life. Even as Doudna is the clear heroine of the story, there are many others whose efforts have both brought us to a point where very effective vaccines can be developed in months rather than years but also to the cusp of some unavoidably difficult ethical questions.